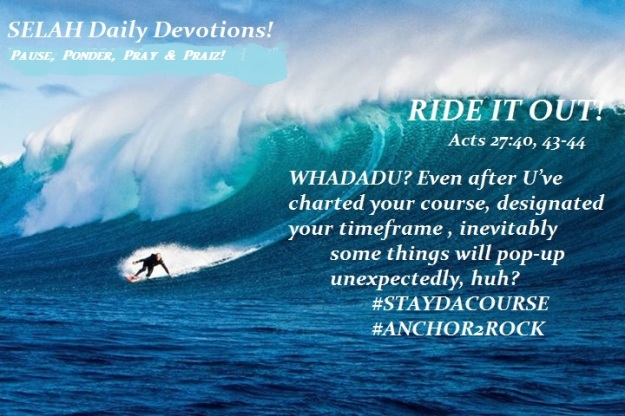 And when they had taken up the anchors, they committed themselves unto the sea, and loosed the rudder bands, and hoised up the mainsail to the wind, and made toward shore… But the centurion, willing to save Paul, kept them from their purpose; and commanded that they which could swim should cast themselves first into the sea, and get to land: And the rest, some on boards, and some on broken pieces of the ship. And so it came to pass, that they escaped all safe to land. Acts 27:40, 43-44

Life happens! As that commercial says, Life has a way of coming at you hard! #understatement!

The Ol’ Skool Mothers of Zion used to sang, ‘Nobody told me, that the road would be easy, but I don’t believe, He brought me this far to leave me”!  To which we often reply, ‘yeah,… BUT!’