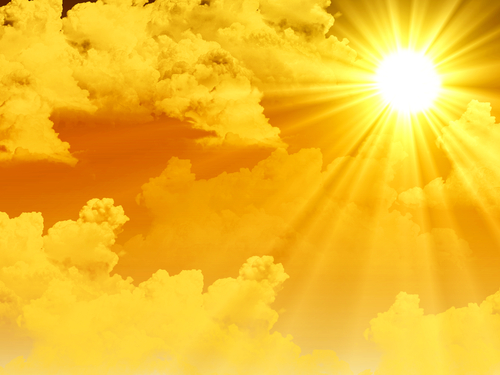 Then he said unto them, O fools, and slow of heart to believe all that the prophets have spoken: Ought not Christ to have suffered these things, and to enter into His glory? Luke 24:25-26

Many a self-willed sojourner has sought to forge his own way into the Divine Heritage of eternal bliss by-passing Calvary and going straight to The Majestic Throne Room of The Sovereign Lord!  However, in the beginning and even before the foundation of this world, The Creator and Sustainer of all life  meticulously established His Plan to orchestrate His Eternal Purpose, to reconcile humanity,  and absolutely nothing shall be able to prevent His Will!

The Son of God died so that the sons of men could live!

While the rulers of this world has setup its own pre-requisites to evaluate the intrinsic value of a human life, nevertheless, at The Cross of Calvary, all men stand on equal footing and at the exact same level!  TRUTHBTOLD, Calvary is the Equalizer!

It was at The Cross that judgement was exacted for the Sin of all mankind; for the wages of sin is death! (Ref. Romans 6:23) It was at The Cross where The Blood of Jesus was shed (not spilled accidentally) INTENTIONALLY! For it is written, “And almost all things are by the law purged with blood; and without shedding of blood is no remission.” Hebrews 9:22

It was at Calvary where for the first time ever, Jesus experienced the devastating pain of separation, rejection and abandonment of His Heavenly Father! Although Jesus, The Perfect Sacrificial Lamb of God, had no sin IN Him, the sins of the entire world were ON Him demanding that The Holy Father turn away from His Only Begotten Son. Consequently, the impact of this one moment was so horrendous that Jesus cried out, “Eloi, Eloi, lama sabachthani, My God, my God, why hast thou forsaken me?” (Ref. Mk. 15:34)

It was from The Cross at Calvary that Jesus, looking down at His executioners, pleaded with The Father to forgive them, “for they know not what they do.” (Ref. Luke 23:34)

It was from Calvary’s Cross that Jesus cries out with a loud Voice and DISMISSES His Spirit,  “Father, into Your Hands I commend my Spirit” and GAVE UP the ghost! (Ref. Luke 23:46)

It was from The Cross at Calvary that Joseph of Arimathaea retrieves the lifeless body of Jesus, wrapped it in linen and laid it in his sepulcher before the soldiers placed a huge rock at the entrance to ensure that none of Jesus’ followers would be able to go in and steal his body, thereby giving credence to that ridiculous prophetic utterance l that somehow he’d risen from the dead! HOWEVRR, like many mere mortals still do, they failed to recognize that there behind the rock they’d rolled to block the tomb was THE ROCK OF AGES, Who voluntarily came to seal the ETERNAL Salvation of all who would entrust their lives to JESUS ALONE!

It’s at Calvary where every man must come, humbly looking at himself, confessing “I am guilty of sin”; acknowledging “and I need a Savior! I believe in my heart that Jesus died for my sins, was buried and rose on the third day. I believe that He ascended back to Heaven and is now seated at The Right Hand of The Father, ALIVE 4EVER MORE, interceding on behalf of ANY who will accept His Atoning Grace and receive Mercy! #DIDJAHEARDAT?

“Thus it is written and thus it behoved Christ to suffer, and to rise from the dead the third day and that repentance and remission of sins should be preached in His Name amongst all nations, beginning at Jerusalem.” Luke 24:46-47

PRECIOUS ONE, I BESEECH YOU, DON’T TRY 2 SKIP CALVARY! TRUST2KNO, NO CROSS, NO CROWN!